Dishwashing can be a frustrating task as it requires one’s concentration and the mechanical efforts of both hands for perfectly cleaned dishes and other kitchen utensils. It’s also time-consuming and sometimes dishes get damaged in the process.

The advantages of a dishwasher can’t be overemphasized. It takes away the monotonous work of washing your plates and other kitchen utensils with your hands. We need to know who invented the dishwasher? This machine has made dishwashing more fun.

It saves time, money, water and is the most hygienic way to do dishes. Also, you are sure only a few dishes get broken in the dishwasher.

We are forever grateful to the inventor who thought it wise to build the machine that washes so well and makes dishwashing a simple task after all. Let’s look at the history of dishwashers, shall we?

If you prefer learning by video, this article is also explained here.

Who Invented The Dishwasher?

Due to the need to produce the machine that can wash dishes and the ever-evolving ideas inventors had during this time, Joel Houghton produced a machine made with wood that washes dishes in the year 1850.

This machine was the first attempt at making a dishwasher, but it wasn’t the best of the invention. It used a wheel that was manually turned with hands to sprinkle water on dirty dishes.

Joel Houghton got his patent for this work, but more work still had to be done to get a perfect design.

Using Houghton’s model, L.A Alexander developed dishwater that spin racked dishes through a vat of water using a geared mechanism in the year 1860.

Just like Houghton’s model, this model had its shortcomings and so wasn’t useful.

Who Invented a Workable Dishwasher?

The inventor of the first workable automatic dishwasher was Josephine Garis Cochran (She preferred her name spelled ‘Cochrane’) in the year 1886.

She didn’t like the traditional method of washing dishes with hands as it had a toll on her. She was said to have lots of china and had a lot of people coming to her house to party.

She later realized that the regular washing of her dishes by her maids damaged them in the process and so she was determined to make a machine that could wash dishes.

Cochrane invented the first workable dishwasher that is the mother of the modern-day dishwasher. This she did at the shed behind her house and called it ‘Cochrane Dishwasher’.

Note: You can choose to dry washed dishes with hot air from the heating element or allowed to dry to save energy. 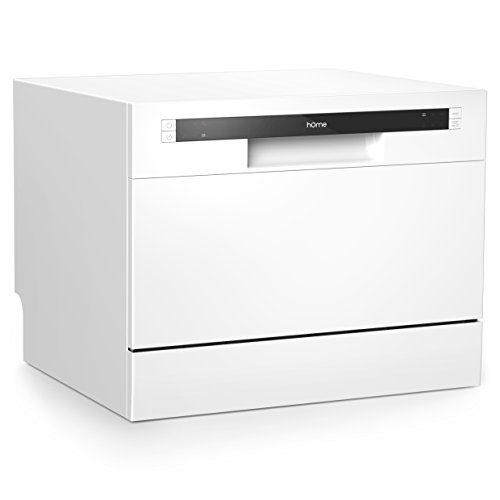 Video: Who Invented The Dishwasher

Josephine Garis Cochrane was born on 8th March 1839 to father, John Garis, and mother whose name was Irene Fitch Garis in Ashtabula County, Ohio. Her grandfather was John Fitch the inventor of the steamboat. She later moved to Shelbyville Illinois to live with her elder sister, Irene Garis Ransom.

She got married to William Cochran a wealthy businessman on 13th October 1858 and lived in Shelbyville Illinois. Together William and Josephine had two children; Hallie Cochran (who died at age 2) and Katharine Cochran.

She shared her ideas of building a dishwasher with her friend, George Butters (a mechanic) who was her friend and together they produced her first dishwasher at the shed behind her house in 1886 and he later became one of her first employees.

She formed the Garis-Cochrane dishwasher manufacturing company and received a patent for her work on December 18, 1886.

Josephine Garis Cochrane died on 13th August 1913. She was buried in Shelbyville Illinois.

In the year 2006, Cochrane was initiated into the National Inventors Hall of Fame.

Her dishwasher was an improved version of the earliest invention.

Firstly, she measured the dishes and all kitchen utensils and built wire compartments for each item to hold them safely during spinning. The compartments were placed in a wheel that was fitted inside a copper boiler.

The machine could be run mechanically or manually, and it used jets of hot water from the copper boiler up towards the dirty dishes without scrubbing. Another mechanism sprayed hot water to rinse the dishes.

In 1893, during the World’s Columbian Exposition held in Chicago, she unveiled her model and got visitors amazed at the functionality of this machine that relied solely on water pressure. 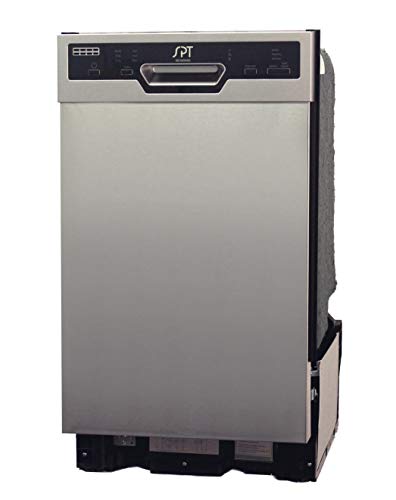 Buy this Built-In Dishwasher on Amazon

This is where the dishes are loaded into a rack. She called it ‘the grate’.

This is the lower part of the machine.

This removes food particles from the dirty dishes to prevent it from blocking the pumps and pipes.

This was operated manually and had two pumps; one used to pump hot water and soap up towards the washing compartment to wash dishes and the other to pump clean water down to rinse dishes.

The handle was in turn connected to the wheel.

The wheel rotates the grate around during the cleaning process.

At the time Cochrane unveiled her dishwashers, there was little awareness by the public so, it wasn’t generally accepted. Only hotels, restaurant owners and wealthy friends who saw the need to purchase this valuable machine patronized her to her dismay.

In 1949, KitchenAid produced a dishwasher using Cochrane’s model for the design.

It was until the 1950s, dishwashers were now a popular household name and plumbing was done to supply homes with hot water and it has become a globally accepted kitchen appliance to date.

KitchenAid is now a part of the Whirlpool Corporation and Cochrane is regarded as the founder. 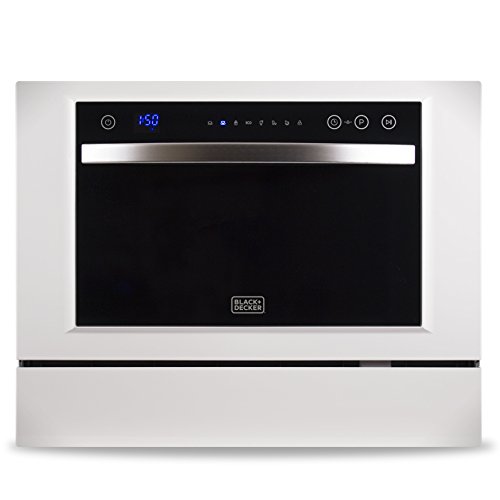 Modern dishwashers are not so different from the original model produced by Cochrane.

This is how it works:

i. Coldwater is pumped from home supply to the dishwasher.

ii. The heating element at the bottom of the machine heats the water to a very high temperature of about 86-140-degree Fahrenheit.

Note: Some dishwashers use hot water from the home supply instead and so do not require a heating element. A detergent dispenser opens automatically.

iii. An electric pump located at the bottom of the machine pumps water up the machine.

v. After the first cycle, the water goes back to the bottom of the machine and gets drained through the inbuilt drainage and another wash cycle begins.

vi. In the same mechanism, warm water is pumped around the machine and the dishes are rinsed with clean water.

This rack accommodates dishes of varying sizes. It is adjustable.

This rack holds larger dishware close to the heating element.

This is located on the lower rack or door of the dishwasher. It accommodates kitchen utensils.

These are extensions that can be adjusted. They hold dishware and other kitchen utensils to be washed in place during wash cycles.

This is the part of the dishwasher that shreds large particles of food to tiny bits. This prevents the dishwasher from becoming clogged from accumulated food debris.

This aid proper drainage in the dishwasher. It removes water from the tub and prevents any water from leaking out of the machine.

This is a circular tube located at the bottom of the tub. It is powered electrically. It heats water and regulates temperature. It also heats dry air for drying dishes.

This helps to sprinkle water on dishes located at the upper part of the machine.

This helps to sprinkle water on dishes located at the lower part of the machine.

This is located below the tub at the bottom of the machine. It regulates the temperature of the water.

Other parts of the modern dishwasher are:

The control panel is located above the door panel (depending on the design). It houses the cycle selector, door latch and timer.

The pump pumps water around the machine and drainage.

The detergent dispenser door holds the detergent for good circulation around the machine.

Finally, what do you say to a strong-willed woman who saw a need and looked for a way to solve them? Washing dishes is no longer such a big chore. More people are beginning to appreciate Cochrane’s work and making the dishwasher a must-have appliance in the kitchen.

Most companies are producing better models to serve families. There’s a dishwasher that suits your budget and your needs, get one and each time you use it remember there was a time people didn’t have access to this luxury.

How To Clean Dishwasher – Best Tips And Methods

How to Load A Dishwasher